TimeDesign, the recommended timetabling program for the Free State Department of Education.

Welcome, I would personally like to thank everyone who has sent in suggestions and votes of confidence regarding TimeDesign.

TimeDesign has become an integral part of many educational institutions, saving the users hours, days, possibly even weeks of time in the preparation of timetables.

It has gone from strength to strength with over 300 schools and institutions that are now using it. Approximately another 6000 schools are using the ‘lite’ version that is supplied with Edusol-SAMS in South Africa. The program is in use worldwide, countries where it is used include, South Africa, Botswana, Tanzania, Namibia, India, Canada, England, New Zealand, and Peru.

I would like to thank everyone who has purchased TimeDesign, as this has given me the finance to improve TimeDesign as well as enabling me to supply the ‘lite’ version to the previously disadvantaged schools of South Africa.

As time tabling is usually only done at year end, in preparation for the following year, a person tends to get a bit rusty in the preparation. To assist, time tabling workshops are usually run here in South Africa during from September each year, you will be able to find out more details about these workshops on our website at www.aabus.co.za or www.onyxsa.co.za

TimeDesign is supplied on a shareware basis. This means that you get the complete program with a few of the features disabled, mainly the printing of the timetables and the saving of the completed solution. On registering the program, these features are then enabled. This allows you to try the program and ensure that it meets your requirements, before committing to the purchase. 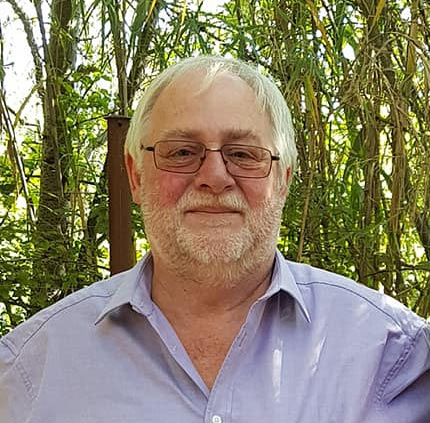 Lateral Concepts (LatCon) Accounting, Accounting for South Africans, removing the bloatware, and what is needed for your business and the auditors. [Coming Soon]

WinnaLotto, a program that analyses the lotto draw history and attempts to predict potential draw numbers.

TimeDesign, the recommended timetabling program for the Free State Department of Education.

Version 1 was written in Visual Basic. It was an extremely rudimentary system and would only allow simple groups. The solving method was simply to sort the groups by educator and then fill up the tables as much as possible. It would accomplish about 85% of the solution only. I placed it on our website for anyone who might be interested to possibly continue with it. The program sat dormant for about year or two.

With the ever increasing availablility of the Internet, I did a bit of research into timetabling. I looked at Bin Packing algorithms, Genetic Algorithms, Partical Swarm Optimisation, Tabu Search to name a few, but could never get quite what I wanted. So the simple solution was to design my own solving method. For lack of a better name I call it the Hierarchical Contention Method. I rewrote the complete system in Delphi since I found Visual Basic to be extremely limiting with Object Orientated Programming – You had to create ‘wrappers’ for even the simplest forms of inheritance. Three Months later, TimeDesign Version 2 was born.

As Version 2 started making it’s rounds, I started getting feed-back on problems and possible improvements. I also had some after-thoughts, Version 2 had been a steep learning curve, and I am the last to admit that I know everything about timetables and OO programming and had seen quite a lot of spots in the program that I would have liked to improve on. I was comfortable I had a fairly strong solving engine, I was comfortable with the layout style I had used, so keeping this in mind, I developed TimeDesign 3 from the ground up, the most important changes internally where related to the Timetable Object. These changes allowed me to improve the way the solving engine works. Adding extras became a breeze, and the benefits where immediate. Rooms, period blocking, and exclusions where among the new features added.

This was a special release exclusively for use with Deved Trust’s EdusolSAMS School administration package, The two go hand in hand together where the EdusolSAMS package creates the initial Educators, Classes, Subjects and Groups within a timetable template and then all information is transferred to TimeDesign 3.3 for solving.
This version was fully donated to DEVED Trust in 2005 and has not been upgraded since. TimeDesign version 4 and upwards is compatible with SA-SAMS.

To cater for extra features, like multiple undo, autosave, multiple languages, as well as the potential of Third Party School Administration programs wanting to take advantage of TimeDesign’s excellent solving engine, TimeDesign 4 came into being. On the surface, most of the program looks the same as Version 3, but extensive changes have taken place within. Once again, the Timetable Object came under fire, extras added to cater for the teacher substitution, room pooling, conflict and combing charts. The multi-language feature has been completed and caters for primaliry English and Afrikaans languages.

The entire program has been re-written from the ground up – about 30 000 lines of code. Where possible, I have attempted to ease the entry of information, as can be seen by the layout screen.

Features introduced within this version include:

TimeDesign 6.0 was released in early September 2020.

Some of the NEW features include:

Planning for 2022? Try before you buy and download our Trial Version today. Dismiss